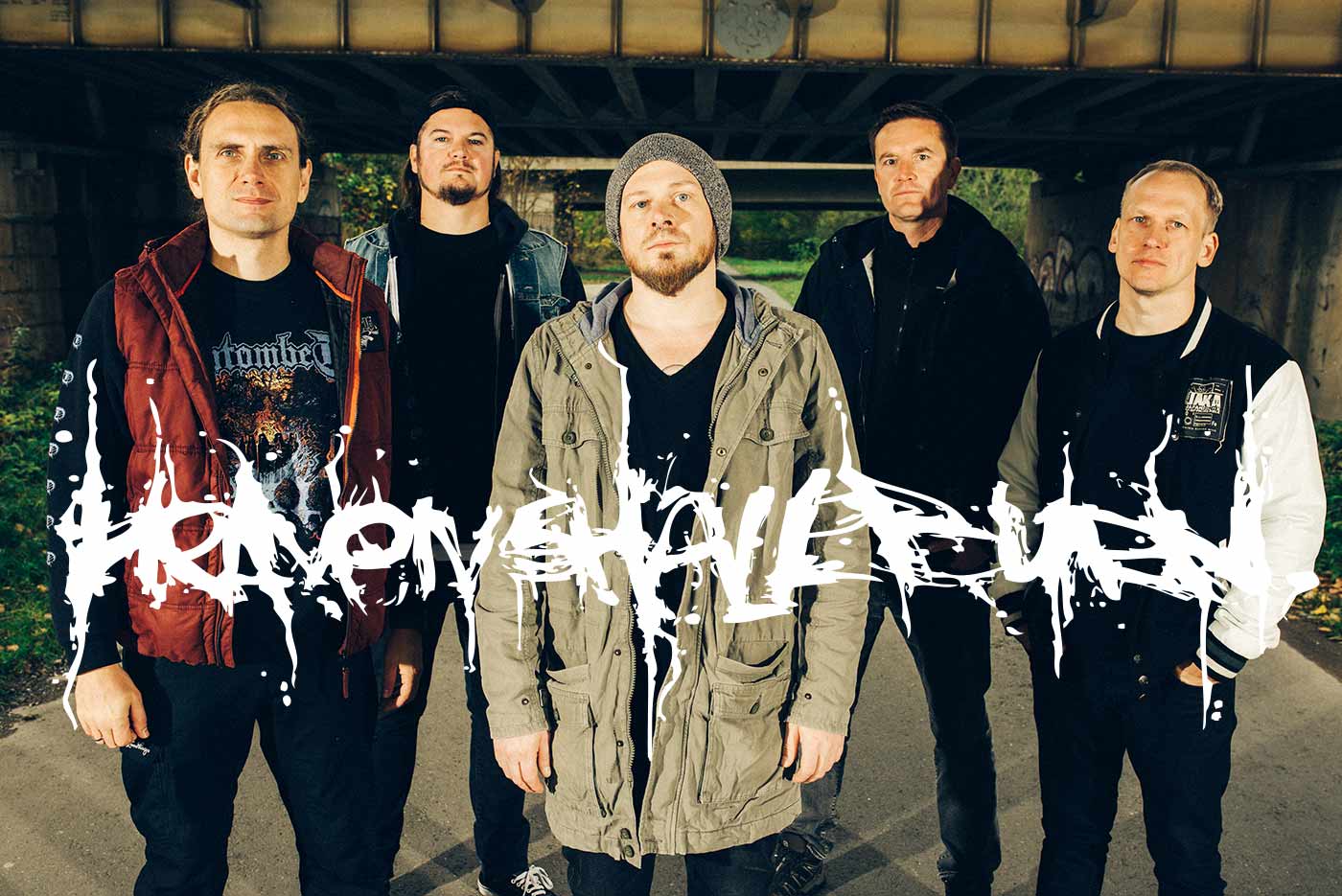 Most bands don’t have the creative capital to embark on, let alone finish a cogently defined double album. Then, again most groups aren’t German extreme metal masters HEAVEN SHALL BURN. Indeed, the follow-up to 2016’s celebrated Wanderer full-length is a double album. Titled, Of Truth and Sacrifice, and featuring 19 tracks covering 97-minutes of runtime, the Germans needed to get this out of their system. To accomplish their vision, they pulled back from “the cycle”—writing, recording, touring, repeat—to focus solely on the songs and the message that would eventually comprise Of Truth and Sacrifice. They also sought out diversity. By bringing in composer Sven Helbig (Rammstein, Pet Shop Boys) and renowned conductor Wilhelm Keitel, HEAVEN SHALL BURN added a string section to their formidable sound. And so, without bookers, managers, and label reps in their ear, HEAVEN SHALL BURN set out on a nearly four-year journey to capture their aggression, their hopes, and to realize two full-length albums as powerful in song as they are illuminating on message. Split between two halves—”Of Truth” and “Of Sacrifice,” respectively—Of Truth and Sacrifice is HEAVEN SHALL BURN at their most intense, insightful, and adventurous.

“We had a feeling that it was about time to leave the music biz rat race for a while,” Maik Weichert, founding member/guitarist, says. “We have always refused to be part of these mechanisms, but still, we have to follow these things. Maybe we’re a bit ‘slower?’ Regarding music, these mechanisms kill creativity and real emotion, so we just wanted to approach our new record without having to be prepared for a tour or a festival run. Some bands start songwriting with a release date in mind. That is exactly what we did not want. Working on this record without any deadline was a great feeling of freedom.” 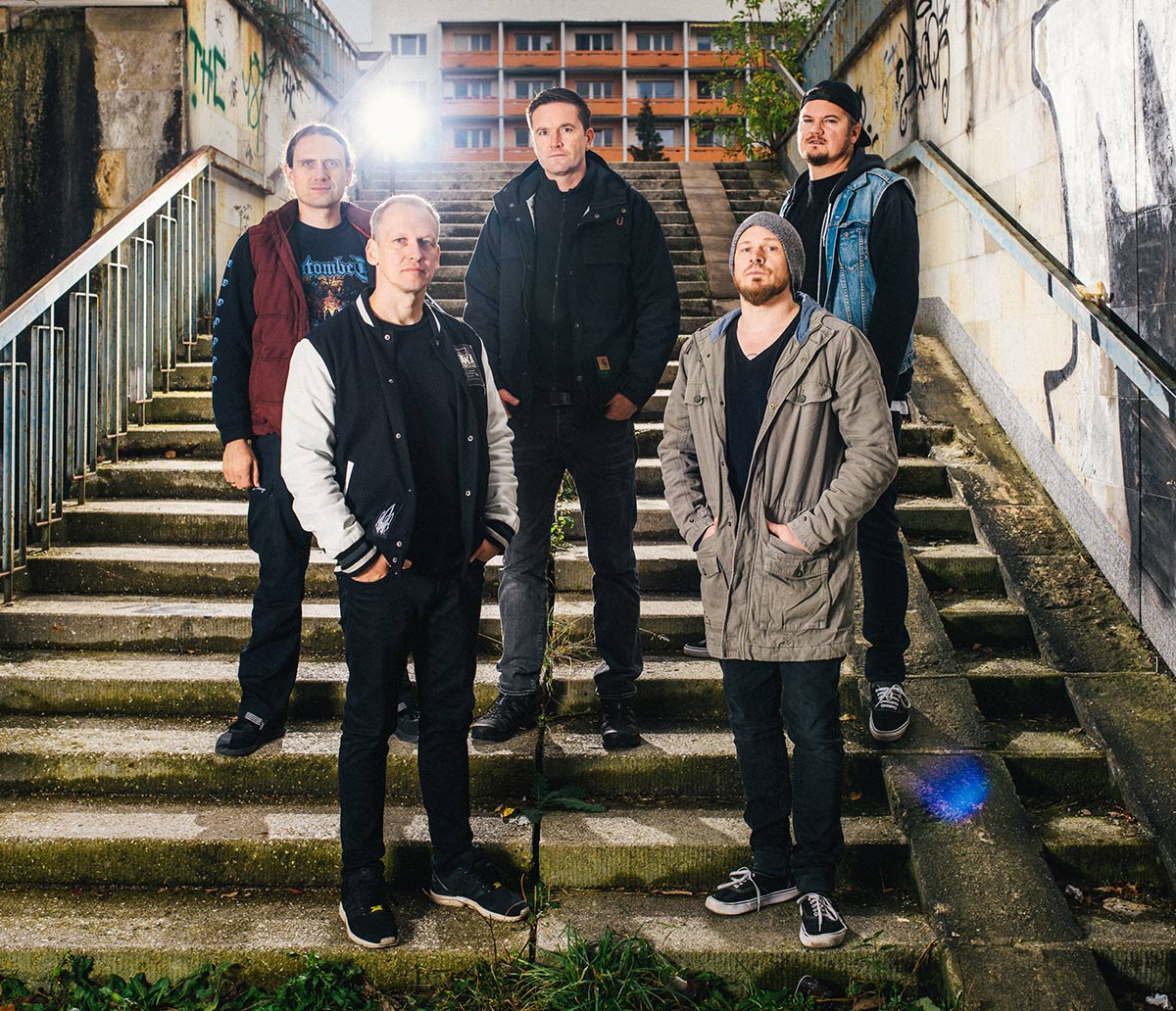 As for how Of Truth and Sacrifice started, the title and concept were first. The HEAVEN SHALL BURN primaries had to discuss the complexities of “truth” in an era of “fake news,” the burden to “sacrifice” oneself to get to the “truth,” and how the two concepts are related not lexically but in modern life. With the concept nailed down, the Thuringia-based quintet rolled out the cover songs to get the energy right. Since forming in 1997, this is how the songwriting process has typically set off. HEAVEN SHALL BURN kept their cover of Nuclear Assault’s “Critical Mass,” including it near the end of “Of Sacrifice,” because it felt right in the context of Of Truth and Sacrifice. The heaviness and vibrancy of the cover sparked a whirlwind of creativity. The songwriting team—of which Weichert is an integral part—rifled riff after riff and song after song, with “Children of a Lesser God” emerging as the first complete song. Surprisingly, the songwriting effort took longer than usual but went forward without a hitch.

Conceptually, Of Truth and Sacrifice is very personal to HEAVEN SHALL BURN. The hypocrisy of “truth” in the modern era, whether spread through social media or by leaders of the free world, is unbearable to behold. The fact that our world is slowly sliding backward is even more terrible. There is no progress in the degeneration of humanity’s capacity to think independently, to understand facts, to transform facts into knowledge, and to cement knowledge into wisdom, and, in turn, translate wisdom into action. To correct course, “sacrifice” will be needed to ensure victory over the dimming and dumbing down of humankind. From “Thoughts and Prayers” and “What War Means” to “Children of a Lesser God” and “Übermacht,” HEAVEN SHALL BURN posited missives of incredulity, alienation, disconcertment, and angst. Across Of Truth and Sacrifice, the Germans violently vent their vexations.

“It makes me sick that today so many people talk of ‘alternative facts’ and ‘opinions’ in places where only the truth is the real thing,” Weichert says. “Of course, people can have their opinions and points of view, but not if clear morals and non-negotiable rights of men are discussed. So many people sacrifice for the truth—just think of journalists getting killed or teachers in Africa that try to bring education and ‘enlightenment’ to poor people. Meanwhile, so many people sacrifice the truth and choose ignorance, just to not change their lives. They’d rather believe lies to continue an existence in nescience and heteronomy. The saddest thing is that many of them do not even decide to be ignorant and blind. They’re raised that way. This is the definition of degeneration.” 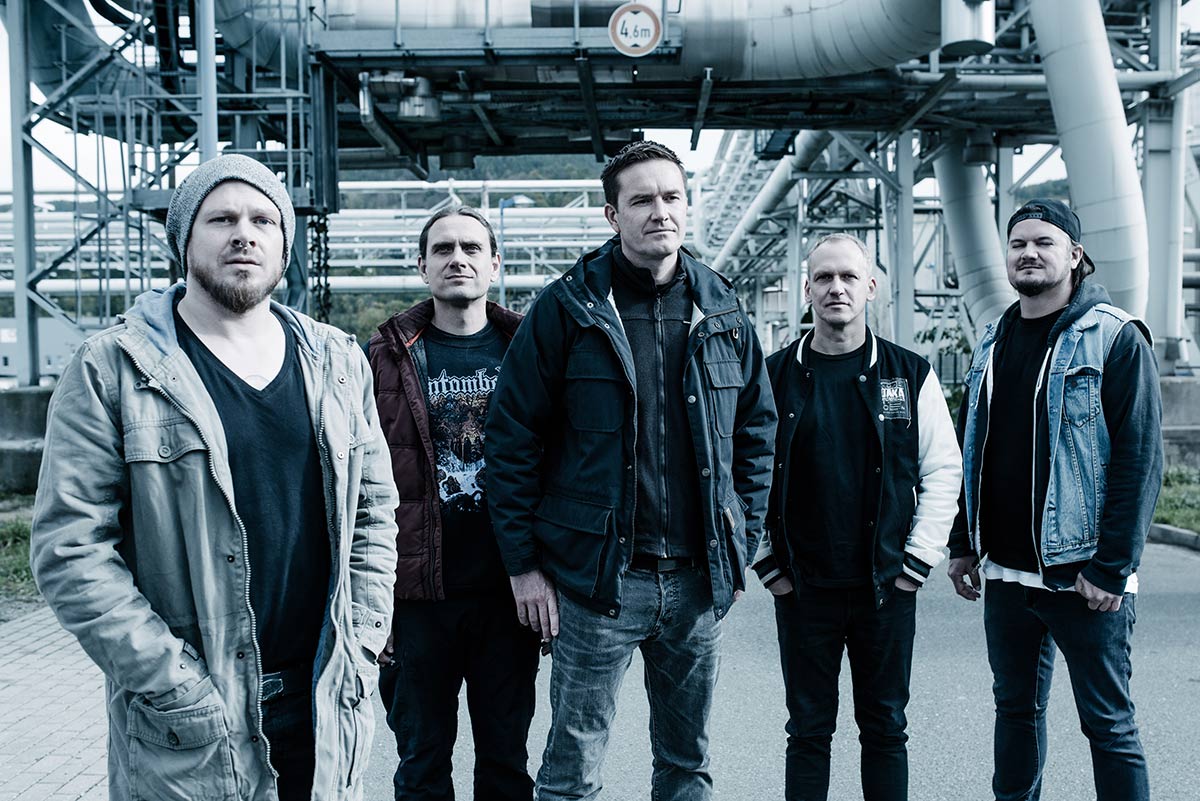 To visualize HEAVEN SHALL BURN’s communiqué on Of Truth and Sacrifice, they enlisted artist Eliran Kantor. Known for his vibrant, realistic, and emotive style for artists such as Testament, Iced Earth, and Sodom, Kantor’s cover art depicts a heavily wounded female warrior (and mother) protecting and defending a naked child with her shield and sword. Yes, “sacrifice” is part of the message. As for the rest, it’s up to HEAVEN SHALL BURN’s ardent fanbase to determine whether the naked (read: vulnerable) child represents “truth” or something else. HEAVEN SHALL BURN want their acolytes to read further into the cover. As with most paintings (i.e., the “classics”) from which Of Truth and Sacrifice is modeled, there’s tremendous detail and meaning throughout. Indeed, the cover art is part of Of Truth and Sacrifice‘s hefty sum.

“[The cover art] was a long and hard process,” says Weichert. “I could feel Eliran’s artistic fight with the basic concept. We discussed it a lot and it came out great, I think. In my opinion, it is one of the most demanding and sophisticated pieces he’s ever done. We put a lot of cultural-historic allusions and citations into the artwork—there is so much stuff to discover—I will not betray anything here. Eliran can be proud of it. At least, I am proud that he did this cover for us.”

HEAVEN SHALL BURN recorded Of Truth and Sacrifice with guitarist Alexander Dietz at his Chemical Burn Studios in Germany. The band were able to engineer, record, and produce their new album over two years, usually when Dietz’s studio wasn’t occupied with another artist. This afforded the band the time and space needed to put in the work without the usual time watching and budget calculating that goes into a studio (or studios) session. Once they finished tracking Of Truth and Sacrifice, HEAVEN SHALL BURN hired studio wizard Tue Madsen (Meshuggah, The Haunted) to mix at his recently renovated Antfarm Studio in Denmark. From there, Eike Freese (Deep Purple, Apocalyptica) mastered the 19-song behemoth at Chameleon Studios in Germany. From the brutal assault of “Eradicate” and the melancholic timbre of instrumental “The Ashes of My Enemies” to the hard-hearted pulse of “La Résistance” and the ultra-intense “Truther,” Of Truth and Sacrifice sounds massive and tough yet bright and expansive.

“If you have a top-notch studio in the band, why not use it,” Weichert says. “We could come and go when we wanted. So, we booked the studio for a whole year, so we could do what we want when we wanted. The whole thing was a process over two years. We did not have deadlines or schedules in the studio. We just did things when it was time. We recorded demos, and these demo tracks were redesigned piece-by-piece into the final tracks. I would also mention that we wanted a strong production team, too. And we got it. We have a strong line of great people who work together perfectly. Usually, too many cooks spoil the broth, but these guys boosted each other’s work.”

With Of Truth and Sacrifice waiting for release in March 2020, there’s ample time for HEAVEN SHALL BURN to plot their next steps. First and foremost is the promotion of the Germans’ documentary, Mein grünes Herz in dunklen Zeiten (My Green Heart in Dark Times), directed by famed filmmaker Ingo Schmoll (Kraftklub, MTV Europe, Rockpalast WDR TV). Never a band to miss associating time and place with their art, the documentary title plays on Thuringia’s nickname Das grüne Herz Deutschlands (The Green Heart of Germany). While limited-edition versions of Of Truth and Sacrifice will include the 80-minute documentary, HEAVEN SHALL BURN and Century Media are checking the logistics of bringing the film to theaters in Germany. Clearly, Of Truth and Sacrifice isn’t just a double album but rather a multi-media event designed to relay an important message. It welcomes and celebrates the return of HEAVEN SHALL BURN.

“Right now, we are getting ready for this summer’s festivals (Rock am Ring, Rock im Park, Full Force, Hell Fest, Masters of Rock),” says Weichert. “We did not play live for two years, so we have to get in shape. But it

already feels great during rehearsals, and we cannot wait to go on stage again! The new record will dominate 2020. We’ll do a lot of promotion and even more videos and stuff. We’ll also work on a European tour, of course. Other parts of the world will also be toured, but we’ll see how much time we have. 2021 will be as intense as this year!”